Inughuit (The Genuine living beings, real beings or The Real People), who live in very, very far north of Nunarput (Greenland), the last people you meet before going north to the ice desert are neighbors to North Pole.  They were free people until the missionaries came in 1909.

To survive the harsh Arctic dark winter with very strong blizzards that could last for weeks at a time during the 4 months winter darkness with no sunrise at all, you need people with connection to the ancestors. This connection was and is the most important when it is about staying alive in a place where no other civilizations could survive – even with their technology.

Imagine how it is in Antarctic.

Inughuit technology was and is angákulik. Angákulik means the one with ancestors. He or she is the one who is connected to his/her ancestors. The New Age call a Shaman. Pronounces Shah-man – not Sheiman or Sha-maan. Depending on the level of the Angákulik people could experience their ancestors and confirmed their origin.

The real heritage keepers of their ancestors. The REAL Shamans of today!

Named by their ancestors. 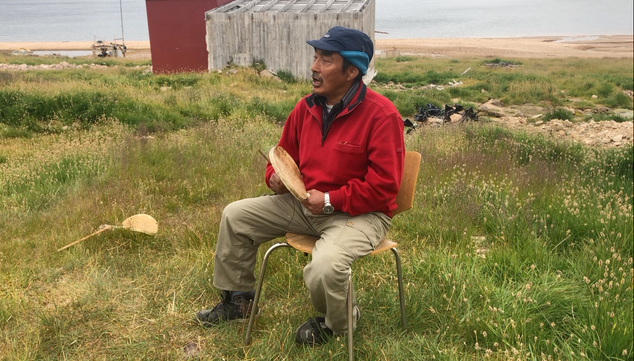 Sure, not everybody understood the work of an angákulik when too many are too busy with the mind with man-made values and totally lost the memory of their origin. When these were in ceremonies with Shamans they just thought they were dreaming something very, very beautiful or for some as always it is: weird dream.

Everything begins before the birth of a person with connection to ancestors. Some ancestors decide to do the work for the whole galaxy by going to one of the trillion of planets, that supply the galaxy. When you get to the Earth you rationalize the mind to the Earth life.

Actually rational means reducing. There it means reducing consciousness. Reducing awareness to man made reasonable reason. That is being rational.

Since the arrival to the womb of the mother, the elders make the mother understand that the child won’t be hers but ancestors. Then the mother of the coming Shaman is aware of every step she takes to keep the child in the origin memory. When the child enters the human being reality the child “forgot the memory of the ancestors”. This happen to be open to understand the mind of a human being. Only this way she or he will understand to communicate with human being in the language of human being.

The child is reminded by the mother and elders to be aware of the frequently experiences and dreams. The child experiences something but confused when the memory is fragmented. There the elders notice it and just tell the child: Be aware!

When the child has the tongue of human being mixing with the tongue of the ancestors, the elders explain how to be aware. The elders always sing the songs of ancestors in the presence of the child.

One day the child will ask the elders: sing it, again! Then the elders keep singing and watching the child. Then they confirm time has come.

Since the childhood a boy or a girl begin the training to get the “key” to the ancestors. The key that opens the child. The ancestors are always there but “invisible” to others. To open up the human mind that is closed and locked and faded away by the man-made chaos of many thoughts you need a key song. And keep singing it until it becomes a “circle” to the child.

The elders confirm it succeeded and take to the next step. The other training begins. After many years the elders would tell that they have no longer “reach” to train the child. Then the ancestors (the invisible helpers) take over … with one elder to support.

After many years training from childhood to a teenage to a young person, then the ancestors (the helpers) would tell: “your time has come!”

After many years training in secrecy the time has come to the first level of the work as a Shaman.

He or she is the one “with no memories”. The one “who doesn’t like to remember”. The one “who forgot everything”. The one who are not claiming being anybody. Just telling: “I need your guide to the old memory when I am so stupid to remember it.”

The one who do not know about being angákulik (Shaman). The one who just want to live the “normal life just like other people”.

When among people angákulik is keeping in the background to be unnoticed. As the work is for a Shaman is just to observe and to listen. To understand. Not to interpret. Not to dictate anyone. Not trying anything at all.  Not trying  to understand anything. Not try to figure out something. But observing. Listening. Be open to the extremely challenging mystery … the mystery of a human being weird mind. The mind that is destroyed by dogmas. Man-made values. Man-made perceiving that’s no longer comprehend its own origin. When the mind has stocked/attached to man-made values.

Observing. Listening. Until the duty calls him or her to sacrifice for the community.

When duty calls, a Shaman has no choice – at all!

The first level of Shaman is being a “domestic” Shaman. You keep to the district. The Shaman learn as the first to know the invisible inhabitants in the area that can be affected by “insensible” human being. The life of a human being can be affected

by them, too. The first level to “harmonize” those inhabitants of the area. The first “lesson” before going to the next level.

to the extremely “technology”.  There he or she knows the mystery that is not mystery but a simple one – The life.

But not everybody who were supposed to be Shamans from the birth “do not pass” all the way to the ninth level. Many fails. Out of 20 who were born to that task, only 1 – one! – passes to the all levels. Sometimes two – when it happens.

The real heritage keepers of their ancestors. The REAL Shamans of today!

Named by their ancestors. 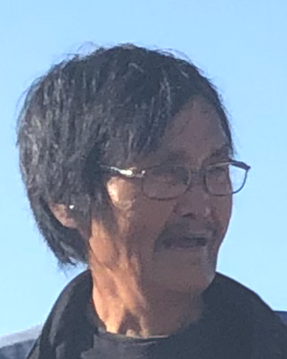 Because it is painful. It is tough. You have to sacrifice just like a sheep. A chicken. Right. Just like other animals and plants that sacrificing for the human being. Suffer! Everyday! And accepting that’s the only way to understand beyond the life of a human being.

The real Shamans do not have narcissistic personality or anything like that.

When I came to Europe, I understood that Europeans have a mind to interpret to perceive everything. And it is about controlling the conversation by convincing the opponent of being wrong in her or his opinion. This mind is about having a power.

I met people who claimed to be Shamans and very important people with strong power. I understood later these were fake Shamans. Those were abusing the “title” for their own benefit to be the cult. Right. They even told they had many followers. And they have given themselves a Shaman name. And often the name they abuse is the name of Gods of some nations (inuit call them ancestors). These wannabes stole and kidnap the tradition and brought it home to Europe to be a big person.

The Saints are in heaven. To be saint you go to heaven. On the Earth we are here to deal with the so-called “physical” life with every ingredients of life: narcissism, hate, conflicts, wars, materials, intolerances etc. and the opposites of all these. These are the earth life – reality we made. We can change it if only we are able to move the mountain: ourselves!

Right! Just deny! These who deny are not aware of what they are doing!

Pretty much all are using the abilities of theirs to impress people’s mind. Through their beautiful music. Analyzing you till you don’t know longer who you are. Acting medium. Pretending healing with the power of …. you name it!

They just need their narcissism to be fed by crowd they are controlling. They need the acknowledge.

They make the sacred legacy an infinite lie.

That’s how you destroy the sacred heritage to be unreliable. No one believes it no more when it becomes “like coming to the church” service.

It is thus destroying the credibility of a sacred heritage.