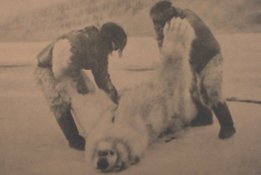 Our heritage to carry on

The story of Inughuit clan

The first Inuit came to Greenland 5 - 6000 years ago. Since then every clan of Inuit followed the path of their ancestors to find new hunting grounds. Among them was the Thule Culture - my ancestors.

The story of Thule culture began in Alaska - The Great Land - when the clan stayed in Inuuniagviat qaaqtuvigmiut - Kaktovik near Prudhoe Bay - when the clan devided to share the big river to fish arctic char and salomon.

Utuqqarmiut - The Elders - were placed on East side. One summer The Eldrs began to move East without the rest of the clan. Those left behind tried to follow their elders but had difficulty finding them. Some followed the big belugas and caribou to hunt. Other missed The Elders too greatlyand continued east. Between 11 - 1200 A.D The Elders had gone as far as Greenland.

Many of my ancestors decided to stay in Cape York area - Qaanaaq - while some continued on to find other places to hunt. Other clans came crossing Smith Sound to Greenland and they became many people of the different clans in our area. The last migrationto Greenland was in the 1860's.

With many clans crossing with us the Inughuit became very rich in songs, stories and traditions. I am obliged to pass these to the next generation.

Our tales tell us to understand life beyond the life we know. That is the way our ancestors guide us to live the life of our heritage. 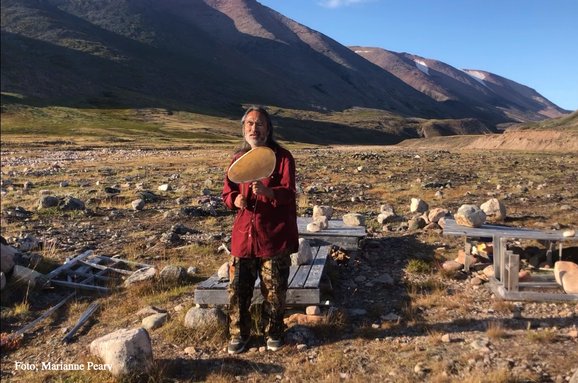 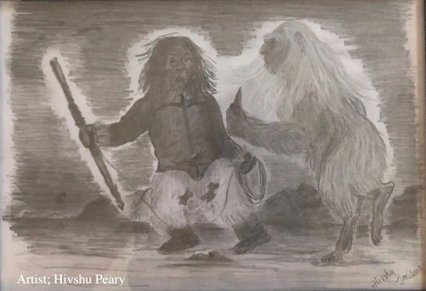 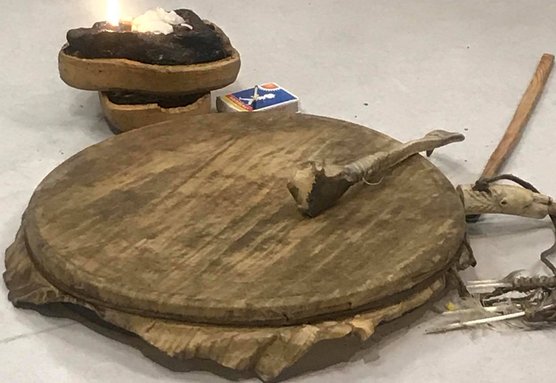